Well what a last 14 months.  The family issues I spoke of back in January 2019 was my mother being ill.  Unfortunately she died the following month.  I guess its a mixed blessing that she was not effected by the Covid crisis that got started just a month later with the first of the lockdowns.

Obviously, with Covid going on there was no sporting events for me to attend, indeed my camera stayed firmly packed away for the main part.  I did manage a few wildlife and other shoots during the summer but most events remained closed and quite frankly I was not that keen on leaving home anyway.  Looking at my library of images, the total number of images taken in 2020 was around 20% of the amount I had taken in each of the previous 4 years....so it has been quite a dramitic change.  I have now received my first vaccination and am feeling a little more optimistic about being able to get out and about later in the year. Whether it will all return to how it was, well obviously I have no idea.  A chance meeting with someone at Milton Country park last weekend who expressed how excited she used to be looking for parkrun photos has encouraged me to at least start updating the website ready, should we eventually return to sport later in the year.

First however, I promised many months ago to share my successful LRPS panel from 2019, so here it is: - 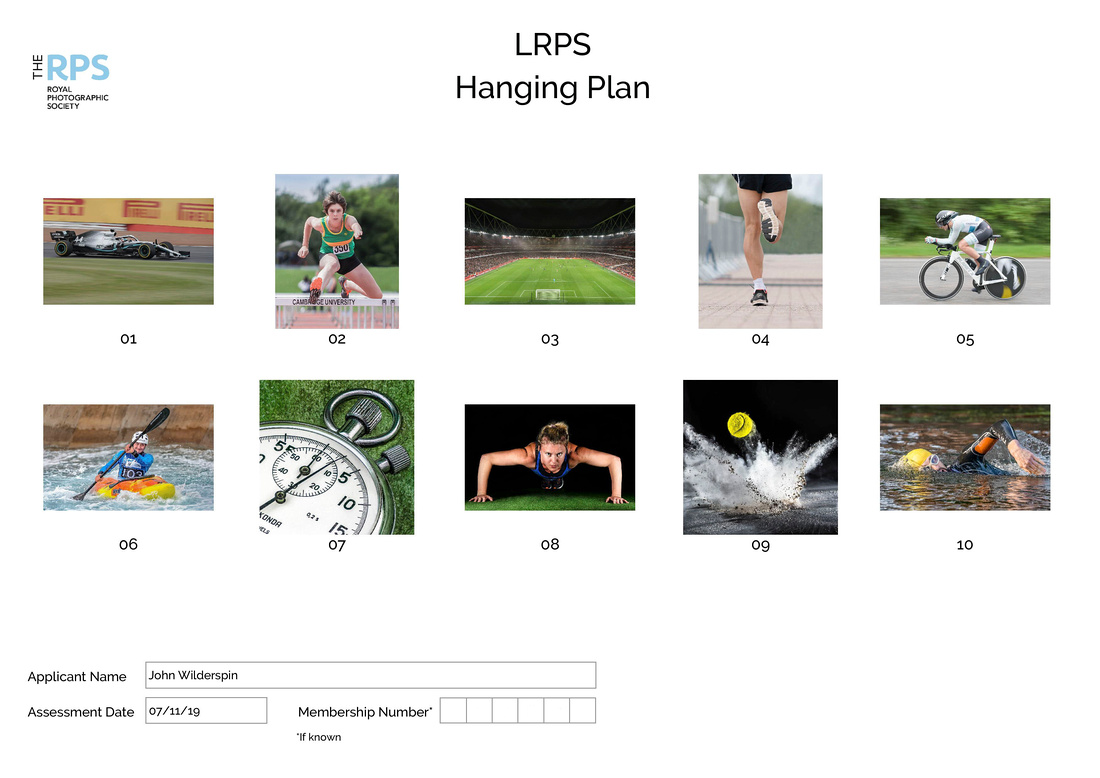 I am looking forward to seeing you all out there in June and maybe my first outing will be to parkrun, where it all started.

Its been a long time since I did a blog post and in fact I did wonder whether to continue them.  What got me thinking about putting a new one up was the fact that recent visits to my website have included visits to my old blogs.  I do not however anticipate that regular blog posts will be re-introduced, at least not anytime soon.

Since July 2018 and the last blog post, I have taken my LRPS assessment twice.  The first time I failed as some of the prints were deemed to have some bronzing (a printing defect).  I was however offered a re-submission and this happened in November 2019.  This time, with a few different images, I passed so in photography circles I am now John Wilderspin LRPS.  This has led to me being asked to do a couple of demos (although these were on studio photography, another passion of mine) and a couple of talks.

In preparing for the LRPS assessments I needed to evaluate my sports photography and become a bit more focused on what I wanted rather than doing photography largely for the competitors.  As a result I have done far less of the type of photography I had been doing.  I still however covered the Waterbeach running festival, Gransden show (horse rings) and a few parkruns, although no longer in an official capacity.  I also retained my membership of the Silverstone racing club and have enjoyed many days at the track.

So here we are at the start of a new decade and it kicks off for me with a new sport...fencing.  I shall be covering both days of the Cambridge Winter Tournament on 4th and 5th January.  Unfortunately, however, I have been asked by the organisers not to show the images openly, so all the resulting images will be hidden and password protected, something my website enables me to do quite easily.

Due to family issues and work commitments, I will probably not be doing much sports photography then for a few weeks.  I would however like to add my LRPS panel and generally update the website, so that will probably need to be my target for a few weeks until both those things settle down.

I was at Caldecote cross country festival on the opening day of the month.  It was quite well supported for a very hot day and I hope that it is an event that will continue for many years. Below is the winner of the 10k. 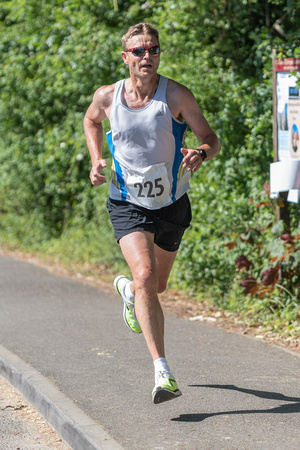 On the following Wednesday (4th) I went to Wilberforce Road in Cambridge for an evening track and field meet (Eastern Masters League).  There was a very friendly rivalry between a good number of teams and the closest finish was the relay for women (4 x 200m).

I then had three days in the heat at Silverstone for the Formula 1 Grand Prix.  Unfortunately I was not an official photographer but never the less still managed to get some quite good images.

The following weekend all my plans fell apart.  The Motorcross didnt happen and whilst I went over to a friends yard for some horse photos, I took no photos able to be shared here.  On the 19th I fitted in a short gym photo shoot with the trainer that helped me do my initial Ironman training...was it really 10 years ago that she first introduced me to a treadmill? 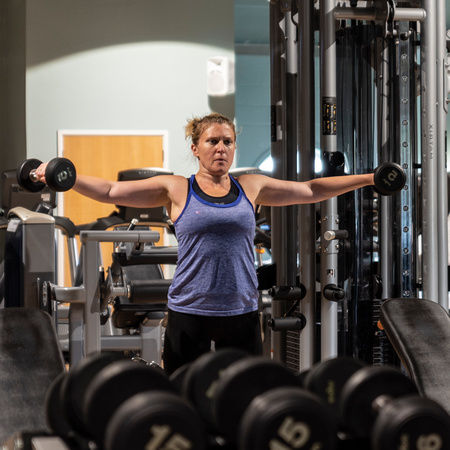 Then on the 21st I was back at Silverstone for the classic meet.  As you can see I wanted to experiment with a little zoom blur... However I also managed to get on the pit lane. 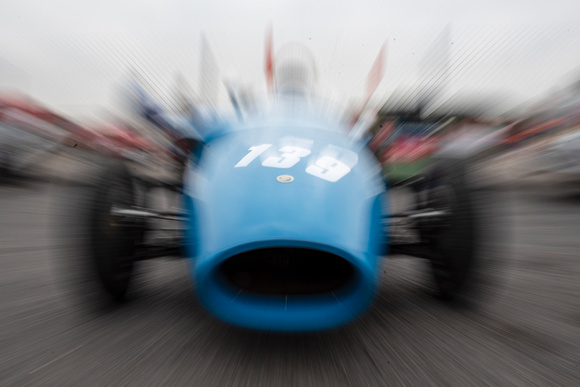 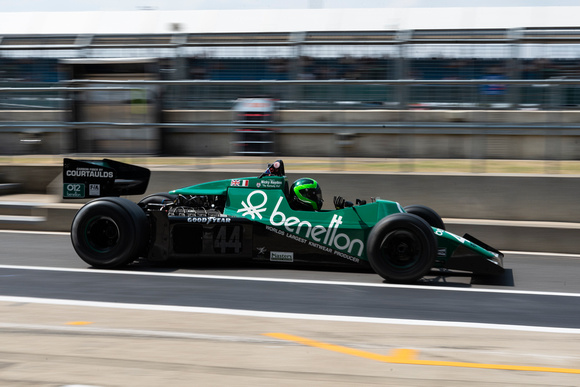 On the 25th I went to the final local Team Cambridge Cycling Club time trial of the year...the year is passing so quickly! 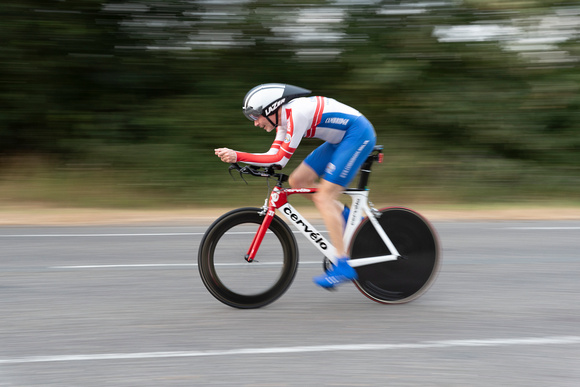 My final sporting event for the month was the women's world cup hockey tournament.  I managed to secure a couple of tickets for the last England group game against Ireland which England won 1-0. 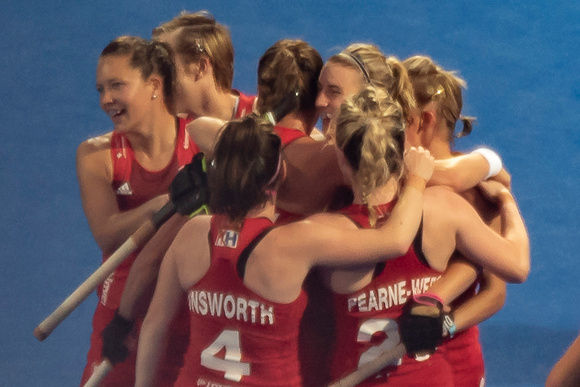 Looking forward, August is a much quieter month.  I have another trip to Wilberforce Road in Cambridge planned for a Southern Athletics League fixture on the 18th and I may well go along to a Cambridge parkrun at some point.  I may be back at Silverstone for the MotoGP and I cannot forget that football will be starting again.   Whilst August could well be fairly quiet, September is certainly not.  I have athletics in Bury St Edmunds on he 8th, grass track racing on the 9th, Silverstone again on the 15th and a pony club hunter trial on the 16th. Gransden Show on the 29th will round off the month where I shall again be doing all three horse rings.

I was back at Cambridge parkrun on the 2nd with the intention of doing some creative shots.  Unfortunately the ones I tried didn't quite work out.  Still, its always worth trying something new and I enjoy experimenting and learning.  So far as the actual run was concerned, there were close on 600 runners again and it even featured a hen party! 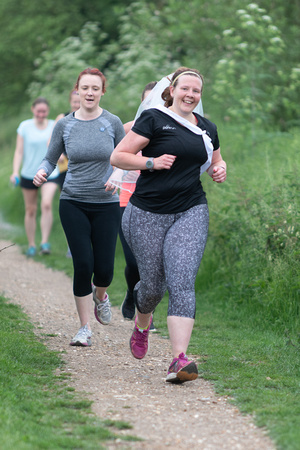 I then went off on a short break.  Couldn't resist a quick visit to the local football stadium though... 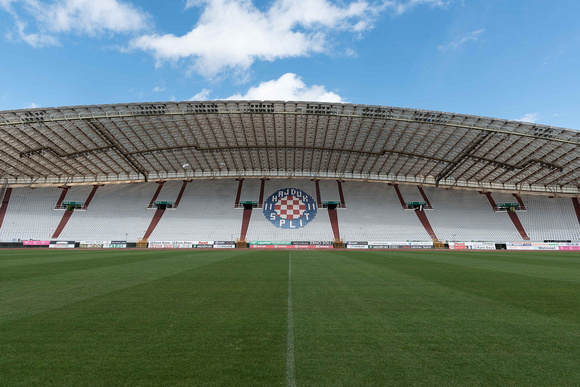 It was then down to the river bank for a quick view of the university bumps.  Unfortunately I am so busy with my day job at the moment, I couldn't spend the normal amount of time taking photos. 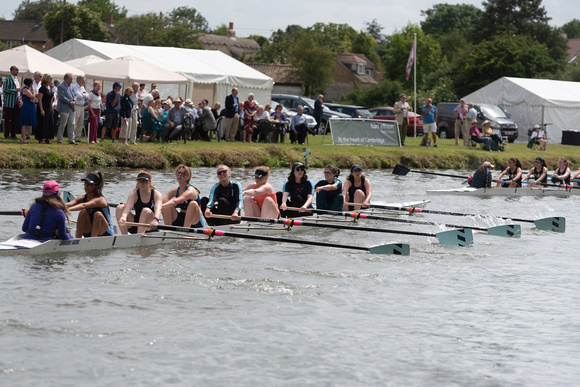 The following day (16th) I thought I would try something different...archery.  This is clearly more popular than I imagined.   I was made very welcome but was quite rightly asked not to get in front of the archers...  Its a very technical sport and one I should imagine is highly addictive.  It also seemed very sociable and really worthy of a return visit. 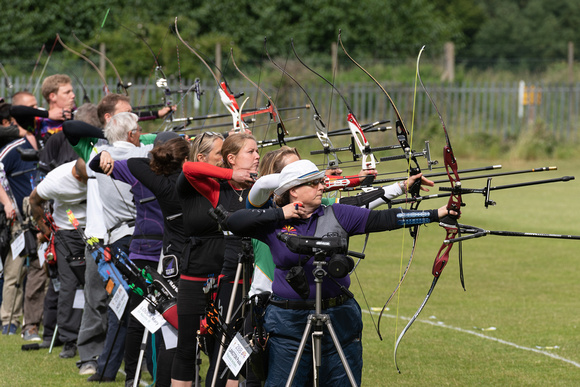 The following day I went back to my old sport of triathlon at Stewartby lakes near Bedford.  I had hoped to get some swimming shots as I had a couple of years ago but they chose to move the swim start which didn't give me the opportunity to get level with the swimmers.  I was therefore left with just  taking some cycling photos and honing my panning skills 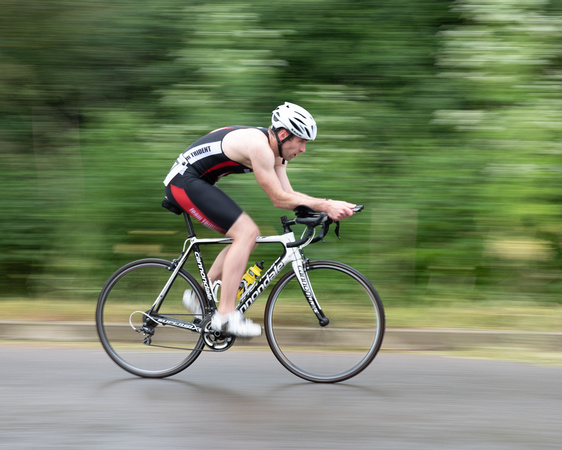 Monday the 18th saw me trying to get some Gym shots for a project and taking photos of a 4 week old foal at my friend Jo Gummers yard. 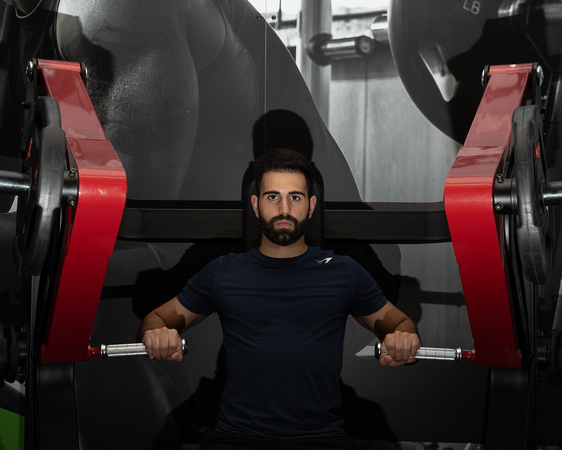 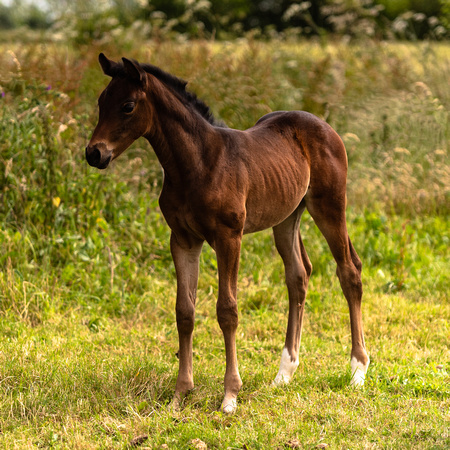 it was back to cycling with a 25 mile time trial near my village on the evening of the 20th.  Yet more panned shots for the project. 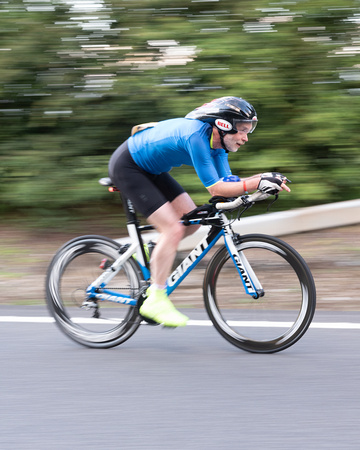 The 40th birthday celebrations I had been booked to photograph got moved.  As a result, I could no longer attend...shame as it would have been a different challenge.  My next outing was therefore on the 24th to Gosfield Lakes in Essex to have a look at another sport I had never taken photos of...water skiing. 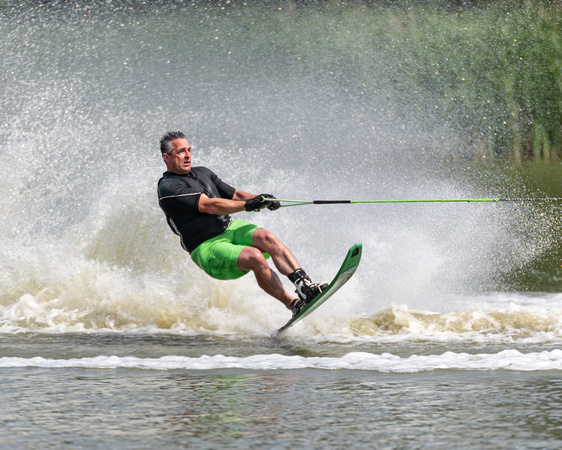 I managed to get to one final cycle time trial before the end of the month (27th), this time a 10 miler again run by Team Cambridge. 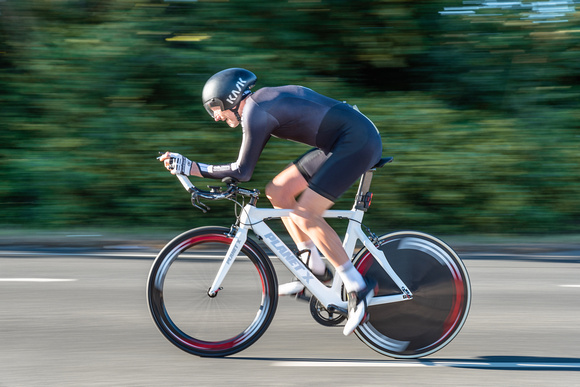 I have Caldecote cross country festival next week.  Its the second time the event has been held and my first visit.  It features races at 3K, 10K and half marathon.  I would encourage as many people as possible to support the event which is being run by Caldecote primary school.

Here are the events for the next few weeks that I am planning to attend, either officially or unofficially.

In the last month I've had a brief trip to Bremen where I took in a football match on the 5th.  For photography however, I was limited to a few mobile phone shots...it was my sons stag do after all!

The Waterbeach Running Festival took place on the 12th May and again the event continues to grow.  It was the third year that the event has been held and I have been there each year.  I hope that the numbers will continue to grow in the future although the prospect of development on the site does cast some doubts about just how long the event can continue.  A flat hard surface which is traffic free...there simply cant be too many of those around these days. Below are the winners of the 10k. 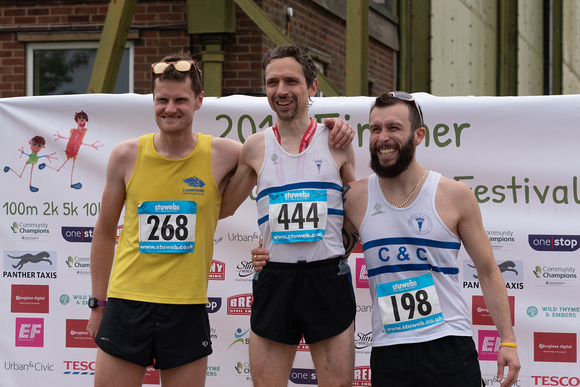 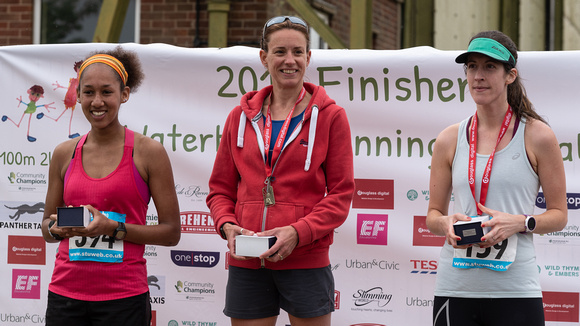 But as you can see, everyone had fun. 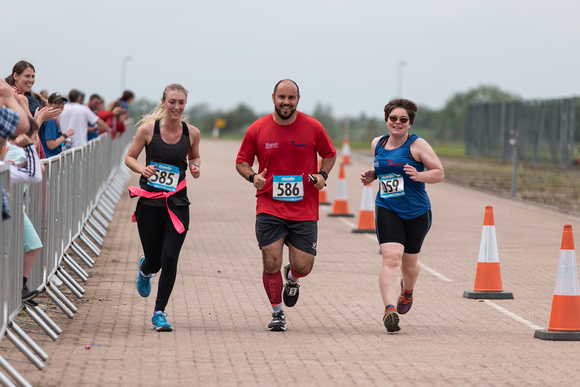 The grass track racing on the 13th that I planned to attend was cancelled.  The overnight rain simply meant that the track would have been rendered unusable for later in the year had it taken place.

It was a fairly cold and windy evening on the 16th which may have accounted for only 6 riders turning out for the Team Cambridge Cycle time trial in my village.  On speaking with one of the riders however, he assured me that the cross wind wasn't as bad as was expected. 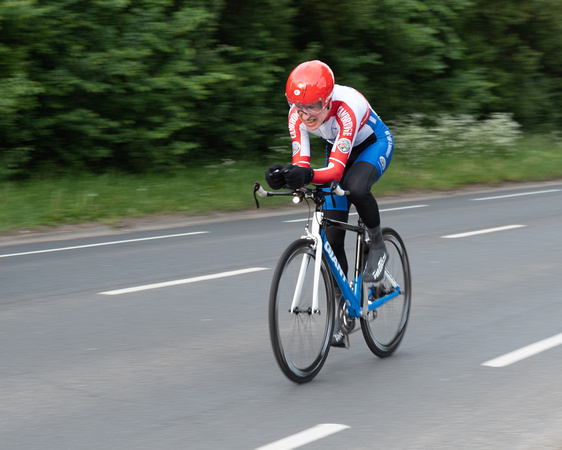 My next event was the Southern Athletics league meeting on 19th May.  Whilst the photo below is nothing special, it is significant.  It was a clearance of 2.55m...A British record for over 65 females. 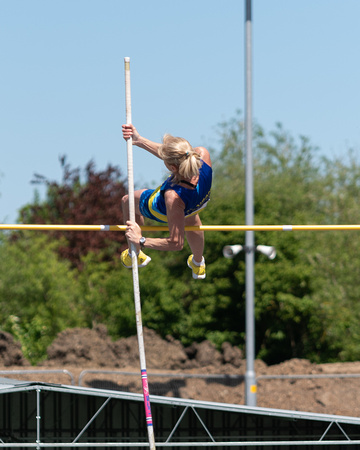 The following day I went to Silverstone for a series of races, the feature race being the Blancpain GT Endurance cup. 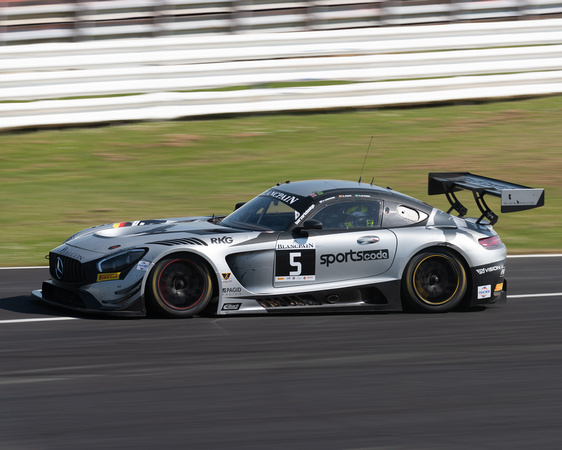 It was quite a chilly evening again on the 23rd for another Team Cambridge Cycle time trial and a few more attending this week. 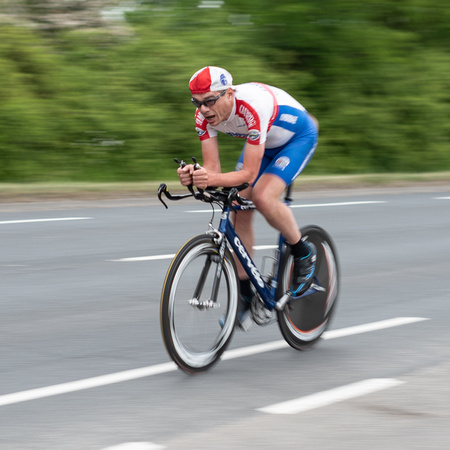 It was a warm evening on the 25th however when I went to Elsworth for a motorcycle trial being run by the Cambridge Matchless Motorcycle Club. 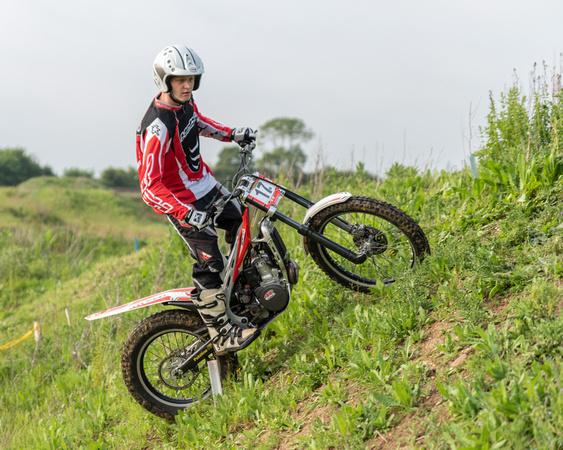 My last sporting trip of the month was the following day.  A visit to the Cycloparc near Gravesend for some BMX riding. 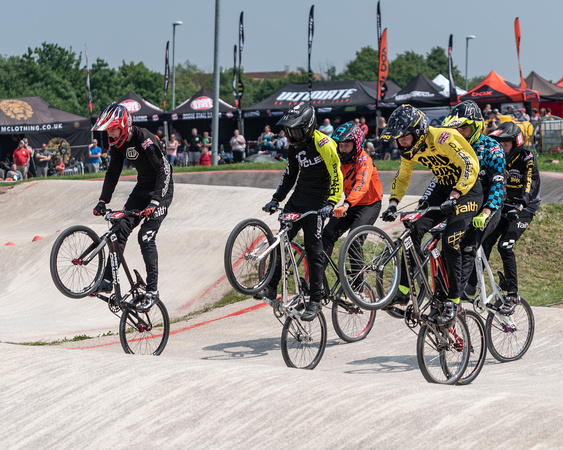 Here are the events for the next few weeks that I am planning to attend, either officially or unofficially.